How to Minimize Your Taxes: The STR Loophole 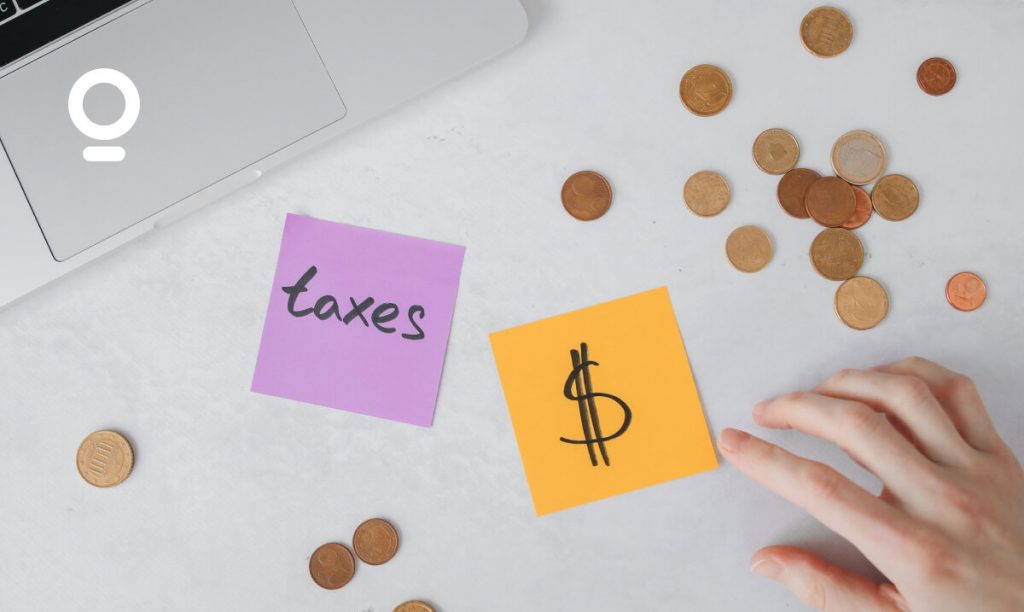 By The Hospitable Team

“Nothing is certain except death and taxes,” said Benjamin Franklin, and short-term rentals are no exception. We can’t do much to help you with the first part, but we definitely aim to help reduce the taxes you pay in your vacation rental business.

STRs may look attractive from a tax perspective, but finding that you’re paying more than you ever anticipated can quickly turn your great investment into a major drain.

That’s why we’ve talked to Thomas Castelli, a partner at Hall CPA LLC accountancy group in New York. As an expert in helping real estate investors minimize tax and maximize profit, he’s the perfect person to ask for help in reducing your STR tax bill.

Plus, we’ve offered our own expert tips on how to reduce STR costs by using automation tools that reduce the need to hire expensive staff or use a property management company.

(Please note, however, that we’re not qualified or able to offer personalized financial advice, and that you should always consult a tax professional before making any financial or tax decisions.)

All your STR business in one convenient window

What makes STRs an attractive investment from a tax perspective?

Tax benefits exist within the short-term rental market (as opposed to the long-term or full-time rental market) in a few different ways, Thomas explains.

The first, he explains, “is that there’s an exception under the tax code, which states that if you have an average customer stay of seven days or less, then your property is not a rental activity”.

That means that “you’re treated as a normal business at that point, so all you have to do is prove that you materially participated for those losses to become non-passive”.

To have “materially participated” in your rentals, you must fulfill at least one of seven criteria, such as:

This applies especially well to hosts or investors who run their rentals part-time or in addition to their “day job.”

Thomas explains: “That’s why people are attracted to short-term rentals, because as long as they maintain the average stay as seven days or less, and meet one of these three tests—basically self-managing—then you’re going to be able to take those losses and still be profitable.”

He says: “We always say, don’t let the tax tail wag the dog. And that means you don’t want to be making big investment decisions based on the tax benefits.

“My suggestion is that if you’re reading this article, you want to look at the investment first. Because I’ve seen people try to rush into a deal because of the tax benefits, and it ends up being a bad investment. And that kind of defeats the purpose.

“Make sure it’s a good investment first,” he says. “And then the tax benefits are the icing on top.”

How to minimize your short-term rental taxes: Covering the basics

First of all, Thomas advises taking some basic steps to minimize taxes and keep track of finances.

“But the meat of the strategy is in the advanced strategies,” says Thomas. “The hard-hitting stuff, including the short-term rental loophole, cost segregation, and bonus depreciation.”

How to minimize your short-term rental taxes: 3 advanced strategies

Now we’ve covered the basics, let’s get into some of Thomas’s advanced vacation rental tax rule strategies that will move the needle even further and could save you tens of thousands of dollars.

What is it? Cost segregation divides each part of a property into its various components or costs, rather than looking at the building as a whole.

It then depreciates these elements over far less time than the typical vacation property depreciation period of 39 years (when you use the STR Loophole, which we’ll cover below).

“Depreciation” means the tax allowance that business investors receive, which takes into account the normal wear and tear or deterioration of elements within a property.

As Thomas explains: “Depreciation is an expense that reduces your taxable income on paper. That’s the income you pay tax on [in this instance], not your cash flow.”

Splitting each part of your asset into other categories — such as fencing, interior fixtures, or furnishings — can enable you to write off their “useful life” over far less time than the building overall, meaning you need to pay less in tax for them.

A cost segregation study has an upfront price, but it can net serious cost savings over time.

“You can take these tax savings, and use them to reinvest, and continue this process over and over,” says Thomas. “It’s an effective tool.”

What is it? Bonus depreciation takes the idea of cost segregation further.

It enables investors to reduce the total price of the investment even more, by deducting the cost of more “short-lived” assets within (to a depreciation of 5, 7, or 15 years), so less tax is owed overall.

As of 2022, it allows an investor to deduct 100% of the cost of these “short-lived” capital improvements in the given tax year. These improvements are considered to be changes that significantly upgrade or restore a property (rather than routine repairs or fixes).

When used correctly, this loophole is a major tax-saving strategy.

What is the short-term rental loophole?

The short-term rental loophole provides for an exception to the definition of rental activity if the average stay period is seven days or less.

It also applies if you have average stays of 30 days or less and you provide substantial services to guests while they stay, such as linen changes, cleaning, vehicles, or vouchers for local attractions.

The history of the short-term rental loophole

“Firstly, it made all rental activities passive by default. But before 1986, you were able to just buy a rental property as a long-term rental or a short-term rental, and just take losses against your income, no questions asked.

“People were just buying real estate just for the tax benefits and not really doing much to it. And it was really controversial. So in order to prevent it, the government implemented the passive activity rules. But then the real estate industry lobbied Congress and got the real estate professional status implemented.

“That’s where people who worked full time in real estate could take their losses from their rental properties against their active income, as long as they worked more than 750 hours and more than half their total working time in a real property trader business.

“So that’s where the short-term rental loophole comes in,” finishes Thomas. “Businesses can be passive or non-passive, depending on whether or not you materially participate. So the source of the loophole is an exception to the definition of rental activity.

“And the reason this is now a loophole,” says Thomas, “Is that these laws were written in the 90s, before the Airbnb era, before Vrbo.

“These rules were written with hotels in mind, and not necessarily taxpayers who are renting out single-family houses for seven days or less.”

What the short-term rental loophole means for hosts and investors

Very simply, filing taxes in this way can reduce the amount of tax you pay, explains Thomas.

It effectively means that you can save taxes based on whether you materially participate in your short-term rentals or not, how many hours you spend on them (compared to anyone one else, such as a cleaner), and the average length of your typical stays.

He says: “When you get into the actual application of doing this, for your own tax situation, there’s a lot of traps for the unwary and a lot of nuances to it. So you definitely want to make sure you’re implementing it with a professional tax advisor.

“So that’s just an example of a pitfall that you’d need to be mindful of.”

Let Thomas teach you everything you need to know to save 5-6 figures in taxes using the STR loophole. Take his Short-Term Rental Tax Course online and get $50 off with the code HOSPITABLE. One participant said the course “was worth 25x the price when I consider the tax savings from everything I learned”. Find out more.

Other ways to reduce your STR costs

While minimizing tax is a major way to increase ROI and ensure you’re not hemorrhaging cash, limiting costs in the first place is undeniably another place to look when trying to boost profit.

It almost goes without saying that getting a property management company to handle your rentals is the quickest way to cut into your profit. Most companies take up to 25% instantly.

So how can hosts and investors manage their rentals with minimum effort, without handing over a serious percentage of profit to another company or hiring a huge team of staff (and continuing to fulfill the non-passive income criteria)?

Once set up, our tools can communicate with guests automatically and chat using AI, so you can answer questions instantly and give guests all the information they need without extra work, while still sounding like a real human.

You can also keep track of messages by storing them in a single inbox, and make managing cleaning easy even at a distance, with our task management tool.

Hospitable even produces financial and operational reports so you can make data-driven decisions, and provides a direct booking website functionality so you can sidestep OTA fees and boost profits further.

This reduces costs, minimizes admin and staff expenses, and helps you keep track of the real state of your business, so you can keep your operation as lean as possible while still pleasing guests and driving profit (as well as paying less tax).

All your STR business in one convenient window

Investing in short-term rentals can be an attractive opportunity, whether you’re a full-time investor, or a smaller host looking to increase your portfolio and scale your business successfully.

Part of managing those investments responsibly means minimizing your tax bill, so you can legally pay what you owe while still making a decent return on investment. This means covering the basics, and taking full advantage of the benefits of the short-term rental loophole.

As Thomas explains: “I’d say that the short-term rent loophole is one of the few strategies that is truly practical. It’s not just a tax strategy. You can literally buy a short-term rental that is wildly profitable.

“If you look at the investment first, and tax second, you’ll be in good shape.”

Benjamin Franklin would be proud. 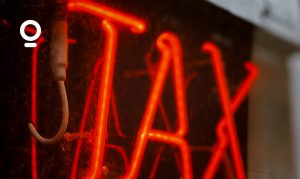 Vrbo Taxes: a Guide for Hosts in the US

Starting on Vrbo is easy, but if you want to succeed as a Vrbo host, you should treat this as a business. And an important part of operating a short-term rental business is taking care of lodging taxes. In this guide, we cover the basics of Vrbo taxes that you need to know to get started. 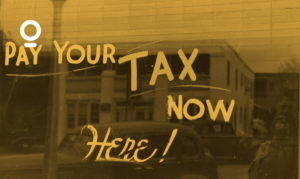 Vacation Rental Tax Rules: Tax Tips for STR Business in the US

With platforms like Airbnb, Vrbo, and many others, it’s easy to rent your property short-term. But while the extra income can be a real boost, you should be aware of the tax rules before you start making money.

Local governments have been cracking down on Airbnb—with many outlawing (or severely prohibiting) it altogether. It’s a bit of a challenge to find the precise requirements to starting your Airbnb business. But don’t worry; this article is going to point you in the right direction and give you all the information you need to know (and where to get it) to be compliant.

To boost your STR revenues